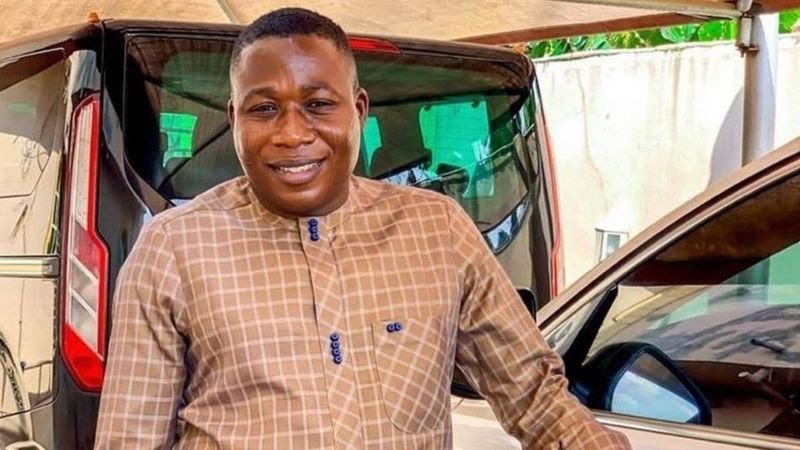 Sunday Igboho Has Been Arrested In Cotonou

He was arrested Monday night after fleeing Nigeria to evade arrest by Nigeria’s secret police.

A source privy to his departure from Nigeria said he had perfected plans to secretly escape from Nigeria through Cotonou and was heading to Germany.

He was, however, nabbed by security operatives in the neighboring country.

Speaking with SaharaReporters, a source privy to the incident, said,

“Sunday Igboho has been arrested in Cotonou. He was arrested about an hour ago.

“He was supposed to travel to Germany through Cotonou this night. He wanted to leave Africa through Cotonou. He was arrested by security operatives in Cotonou.

“They are planning to bring him back to Nigeria.”

Recall that the Department of State Services had declared Sunday Igboho wanted after its operatives carried out a bloody midnight raid on his residence in the Soka area of Ibadan, Oyo State.

DSS Public Relations Officer, Peter Afunnaya, had advised Igboho to turn himself in to the nearest security.

“Those cheering and eulogizing him may appeal to or advice him to do the needful,” Afunnaya said. “He should surrender himself to the appropriate authorities. He or anyone can never be above the law.”

Pelumi Olajengbesi, one of the lawyers representing Igboho and others arrested in his House, told SaharaReporters he had not confirmed the news of Igboho’s arrest in Cotonou.

“I will contact Yomi Aliu (SAN) to verify the news,” he said.

If Buhari Offers Me Vice President I Won’t Accept

Moments With The Man Who Dated A Cockroach

Well if he has done something wrong, He should be punished for it

None is above the law….

Fear who no fear FG

They should free this man

They should free him now.

God will help him.

Am Not Sure About That.