Tacha, Khafi, Mike And Seyi Are Up For Possible Eviction This Week 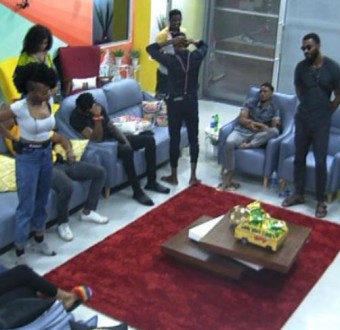 Tacha, Khafi, Mike and Seyi, are the housemates that are up for possible eviction from Big Brother Naija this week.

Omashola who won the ‘veto power’ game of chance this week was initially nominated, but he saved himself and put up Seyi instead.

At least one of the nominated housemates will be evicted on Sunday.

Nollywood Actress Insists Women Should Marry More Than One Husband