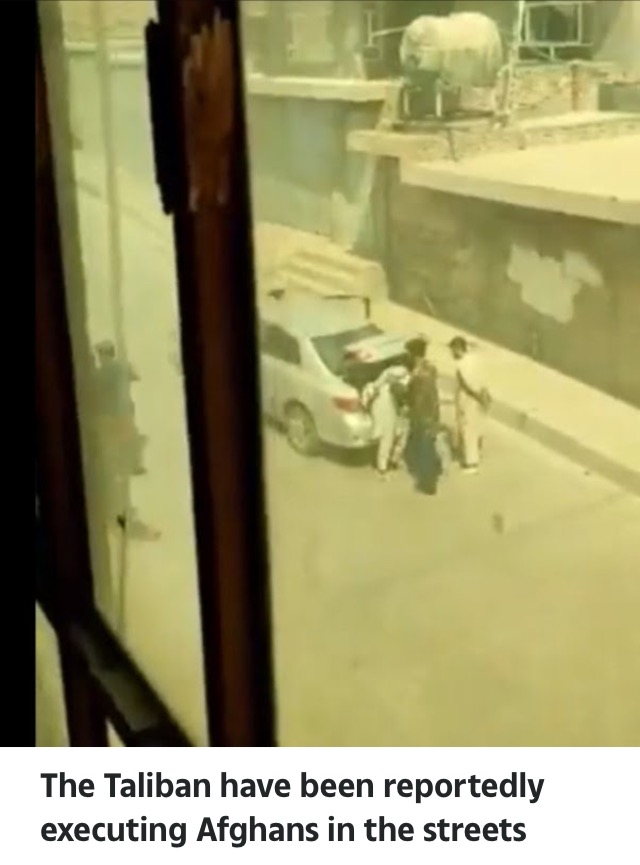 Shocking footage shows the moment two people-allegedly civilians- are being detained and bundled into the boots of two cars.

There have been at least another 20 similar deaths in Panjshir the BBC reported.

The outlet reports that one of the victims, dad-of-two Abdul Samim was killed after he declined to flee when the Taliban advanced, saying: “I’m just a poor shop owner and have nothing to do with war.”

The shopkeeper was later accused of selling sim cards to resistance fighters and his body was found near his home, with signs of torture according to witnesses.

This is not the first time the Taliban have been violent towards civilians-back in July militants rampaged through Kandahar looking for government workers.

Among those executed is believed to be popular comedian Nazar Mohammad although the Taliban has denied being involved in his murder.

And last month Taliban death squads were reportedly pulling people from their homes and executing them as they seized control of Kabul while thousands of people were trying to flee the country to escape the ruthless regime.

Nigerian Teacher Reveals How She Motivates Her Students To Study Well

Ghost Caught On A CCTV Camera Outside Ikoyi Cemetery

Nun Saves Thief From Being Set On Fire

Not Good at all

Things Are Getting Serious