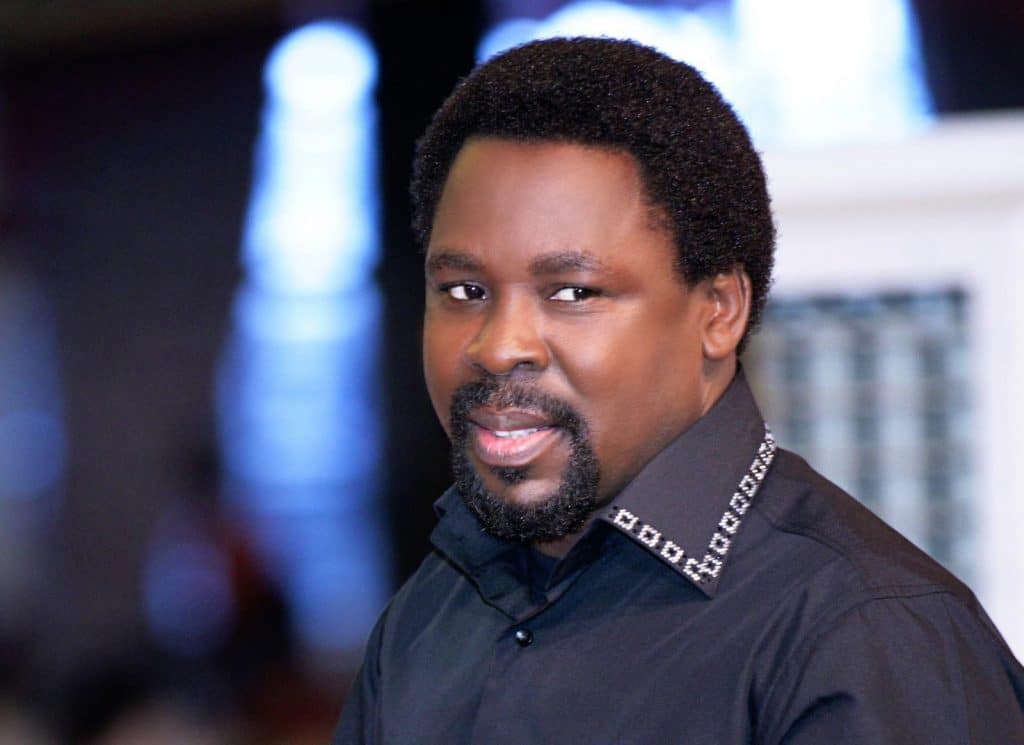 TB Joshua Speaks About His Fake Prophecy On Coronavirus

Prophet TB Joshua of Synagogue Church of All Nations has said that the Holy Spirit Misled him when he gave a prophecy about the coronavirus pandemic.

It was reported that TB Joshua was dragged on social media after his prophecy failed to come to pass as perceived.

The clergyman had said that coronavirus will come to an end on March 27 after a seven days rain.

In an interview with his Emmanuel TV, TB Joshua responded to questions from around the world.

Answering one of the questions, he said what he delivered was what the Holy Spirit gave him and that he wasn’t talking about the virus ending worldwide but in Wuhan where it started.

“I am not a politician, I just have to give you the message as the Spirit gave it to me,” he said.

He went on to accuse world leaders and scientists of promoting fear and panic.

“They know what they have done. Now innocent people are dying, especially the elderly. We can’t go near them because of fear and panic. Nothing is worth the blood of innocent people. There is no acceptable excuse for doing this,” he said.

Tacha Recounts How She Met Her Boyfriend (Video)

Holy Spirit is not an author of confusion.. You misled yourself and not the Holy Spirit…

Can holy spirit misled?who am i to judge,am speechless i don’t known wheder d news is confirm sef😕😕

You are talking in the rubbish

Lol only in Nigeria