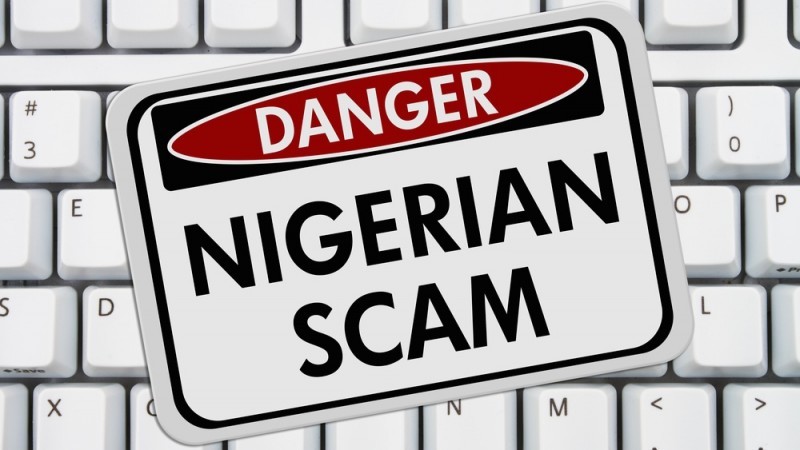 The rate of fraudulent activities in Nigeria has hit an all-time high! Even worse, this is more prevalent amongst the Nigerian youths who engage in internet fraud (Yahoo) for selfish and oblivious reasons.

Things weren’t like this in times past when youths were dedicated to their education and more interested in legal jobs to make ends meet.

The surge in online fraud has led people to ask, is internet fraud the way to go?

Well, I can boldly tell you it isn’t with Ten reasons Nigerian youths shouldn’t engage in fraud.

1. You could be stealing from the poor

Internet fraudsters don’t seem to have a precise target when engaging in the illegal act of depriving and extorting people of their hard-earned money.

They seem to feast on any carcass they can find, ignorant of the fact that their potential victims may be poor. In such cases, the effect of the fraud carried out on the victim could be detrimental.

With the immense use of social media, virtually every youth in Nigeria owns a social media handles that exposes them to graphic content capable of influencing them and pressuring them into soiling their hands in the popular trend (yahoo).

Engaging in this act of fraud doesn’t just influence your financial and moral situation but that of the people around you, as they are compelled to sort for greener pastures illegally.

Youths with no legal job flaunting cars, houses, gadgets, or expensive clothes and accessories leave bread crumbs for the positively driven youths to follow suit. Coming to think of it, is everything just for showoff? Thr stolen cars? Life?

3. You are tarnishing the nations’ image.

It may seem like a bit of hustle here and there wouldn’t cause any harm. Think of it this way, there are over a thousand fraudsters like you in the same country doing the same thing.

Singer Timaya Shows Off His New Look After Shaving His Dreadlocks

While the ban on Nigerians from certain websites isn’t exactly new, some countries see anything that comes from Nigeria to be fraudulent and corrupt.

Stats show Nigeria to be the top corrupt nation globally, which isn’t surprising as the rate of internet scams and fraud is at its peak.

Who will ‘bell’ the cat?

4. The love of money; root of all injurious things.

Nowadays no Nigerian youth wants to go through learning in school to become something great in the future, as it were in the past.

The surge of online fraud (Yahoo) has shown that you don’t need to put in all the years and effort to amass wealth. This has led to the increasing number of online fraudsters in Nigeria today.

Furthermore, It discourages hard work and makes people see hard-working individuals as people without good intentions or ambitions. To stop this trend, you shouldn’t engage in online fraud.

We need to please God in the time of our youths by not engaging in anything that displeases him.

Recent activities of fraudsters and their strategies used are gradually creating a fear of insecurity in the minds of Nigerian citizens, including your loved ones.

This act will only create more fears, leading well-to-do individuals to think their money isn’t safe in the bank.

People have in past times reported a massive loss of money to internet fraudsters and scammers alike. These reports will only create more fears.

6. Could lead to insanity, depression, or death of the victim

Not everyone who gets scammed can withstand such a traumatic experience. In most cases, getting scammed of high amounts could lead the victims to be depressed, lose their sanity, or in worst cases, lead to the death of the victim.

Oh you, yes, you are a murderer. Trust me, you wouldn’t want to have a hand in such evil.

7. You would be caught up in it forever!

To be sincere, not everyone goes into the online fraud business with the aim to live big and impress as their sole motive, some folks find it a safe passage to exit poverty!

What you should know is that no one turns his back on wealth after amassing a few or meeting their primary motive.

Just like a bank heist, the bigger the reward, the more interested you are with a conscious mind telling you you’d leave after this one, but do you leave eventually?

That’s because you’re caught up and may never quit the swindling and fraudulent lifestyle unless you’re caught or killed in the process.

8. You will get caught sooner or later.

This can’t be stress more, you will eventually get caught! Looking at the stats in Nigeria, you’d find that the Economic and Financial Crimes Commission (EFCC) is doing a great job in apprehending new online fraud fledglings, which could be your fate if you choose to tread this path.

No matter how skilled and trained you are to mask your identity, you’d be caught and put behind bars. There are more technologies to track than to mask!

Depending on the nature of the crime committed, you could be in for a pretty long thing! Now tell me, why would you put your shame? Where is the whole happiness thingy now?

9. Your life will be wasted.

Imagine you invested your time and effort in acquiring a skill or learning a trade, you will definitely be done with your apprenticeship in a year or two.

The time it takes to learn a skill will be deprived of you if caught in the illegal act of online fraud. More so, you will only have wasted precious time of your life behind bars by the time you realize…and that is if you aren’t shot!

10. You may be required to soil your hands in something fetish.

Not only is there yahoo fraud but also yahoo plus and its predecessors. Yahoo plus is an act where online fraudsters soil their hands in fetish activities to maximize their chances of success.

You may have seen viral videos of youths having to eat their feces, taking baths on a highway, killing innocent people for their organs, etc. Of course, this is the small price they pay for wealth, and as it turns out, it never ends well—people who engage in yahoo plus eventually go insane or die.

The devil would never give you sth free without collecting it with the other hand. Don’t come up with the excuse of trying to make mum proud, and aligning your thoughts to those Nigerian singers who use their music as motivational yahoo songs!

How can you be making mum proud, yet making sb else sad? What if I told you you could be getting clean money of about ₦150k or more monthly without having to defraud? Of course, I can teach you how!

Even if you had already begun, you could stop it. Yes, you could. Stop living the life of insecurities. Become a new personality.

If you haven’t started but yearns to learn, I think you should remember honest biblical Joseph; he had in his front his boss’ wife presented to him on a platter of gold by herself.

Be like Joseph who refused to enjoy a short-term evil. We all know how it ended afterwards when he followed the right path.

Pleasing God does it.

4 Reasons Why You Are Unemployed Despite Your Constant Application Trials

Cee-C Finally Confesses She Was Madly In Love With Tobi

NYSC Graduate Burns His Certificates Out Of Frustration (Photos)

I respect this opinion

Lol…. How ‘any of them will listen to this

Hopefully people who needs this will go through it

Okay Then, Hope They Listen.