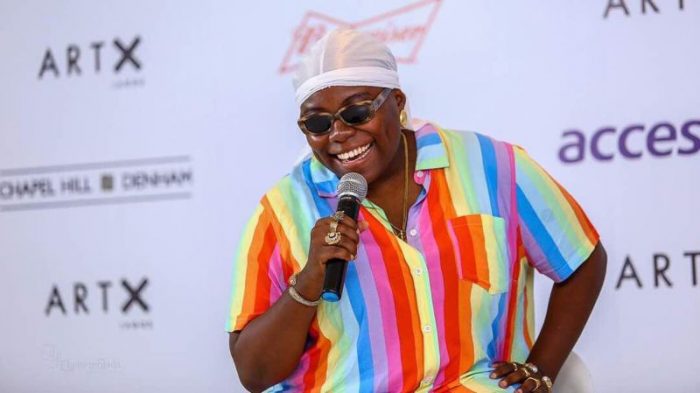 Nigerian singer, Teniola Apata, who is better known as Teni the entertainer has been criticized by some angry Nigerians for insulting a foreigner using her native language, Yoruba.

The singer who is fond of uploading videos of herself using derogatory words on foreigners shared another hilarious video of herself abusing a white foreigner, which many found funny but some were quick to caution her to desist from the act.

Below are screenshots of Nigerians asking her to stop insulting people in Yoruba. 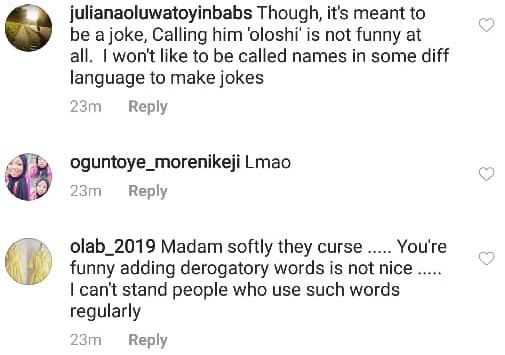 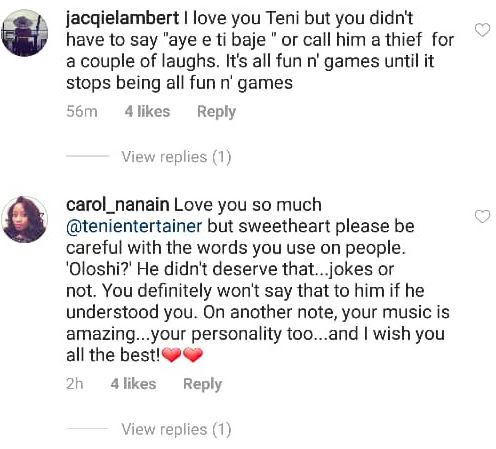