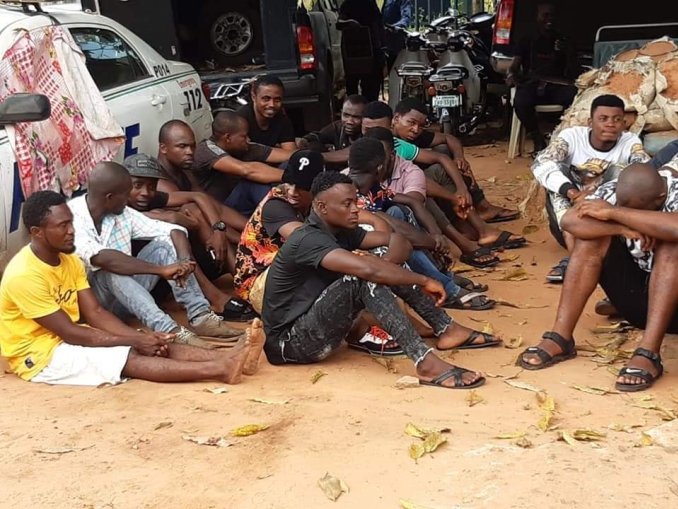 PARADE OF SEVENTY SUSPECTS ARRESTED FOLLOWING RAIDS CONDUCTED BY THE POLICE IN CONJUNCTION WITH OTHER SISTER AGENCIES UNDER OPERATION KPOCHAKPU II.

In furtherance to our avowed commitment towards steming the tide of crime in the State especially during these periods of ember months, the Anambra State Police Command in collaboration with other Sister agencies in the State carried out series of raids at Criminal hideouts,brothels and other blackspots in Nnewi, Otolo and Okpuno-Uzodike Uruagu Nnewi area and arrested 70 suspects for various offences ranging from alleged stealing and being in possession of weeds suspected to be cannabis sativa.

2. Suspects will be profiled and charge to court if found wanting while those found innocent would be released unconditionally.

3. The Command and other law enforcement agencies in the State will continue to pursue the hoodlums before during and after the Christmas until all the criminal elements refrain from criminal activities or relocate from the State.

One Person Killed In Tragic Road Accident On Lagos-Abeokuta Expressway