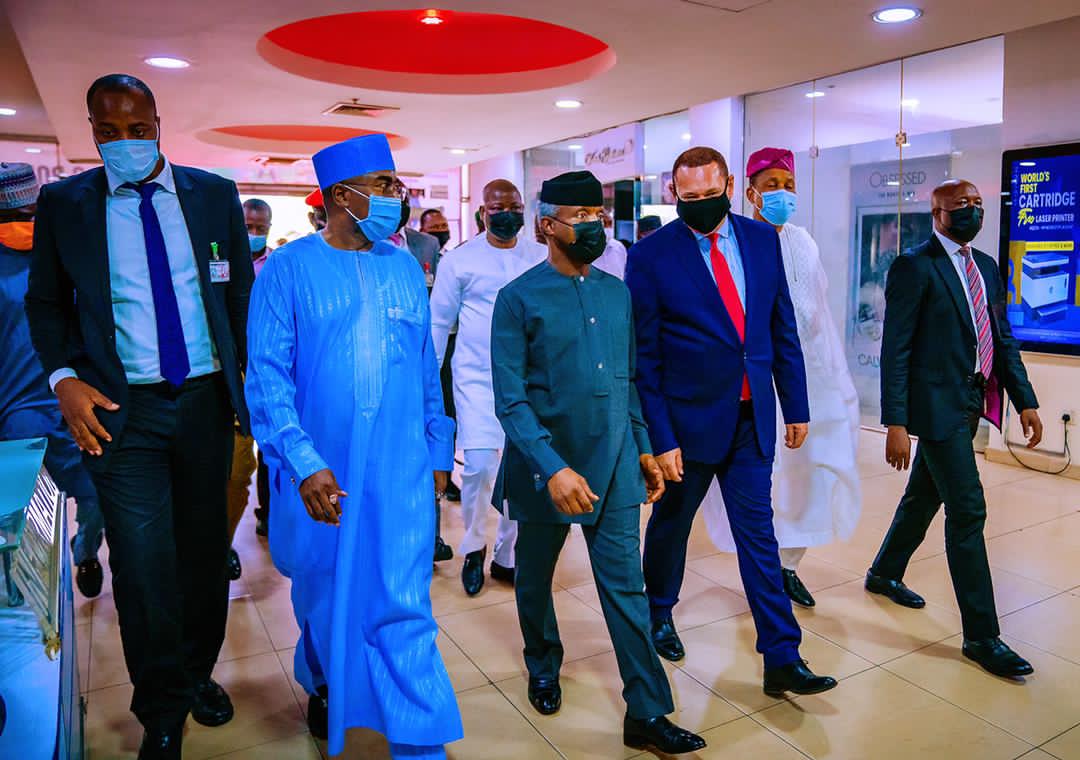 A film produced by Mr Ifeanyi Ukaeru, in partnership with the National Drug Law Enforcement Agency to highlight the dangers of the abuse and trafficking in Nigeria.

Prof. Osinbajo was accompanied by the Executive Chairman of the NDLEA, Brig. Gen. Buba Marwa (rtd); the Director General of the National Council for Arts and Culture (NCAC), Otunba Olusegun Runsewe, and other top government officials.

The movie premiere is part of activities marking the 2021 United Nations International Day Against Drug Abuse and Illicit Drug Trafficking which falls on the 26th of June, every year. It is produced by Ekwe Nche Entertainment Ltd, the NDLEA, among other partners.

The movie features some internal challenges of agencies fighting drug barons and highlights how the couriers are recruited including by fooling ladies and their parents with false promises of taking the ladies abroad.

Starring some top Nollywood actors, the movie features the duplicitous life of a young man named Anselm, disguised as a foreign based professional who only visits Nigeria on short vacations.

He lures young ladies with gifts, alluring words and under false pretences as couriers for his illicit drug trafficking business. In the end he was caught.

The movie brings to limelight, the commendable role of the NDLEA in the fight against drug trafficking especially at a time when the agency is aggressively exposing the menace with a significant number of arrests in the last couple months.

School Mother Beats School Daughter For Sleeping With Her Boyfriend

After watching the movie, a very delighted Vice President met some of the actors who were also present at the premiere, interacted briefly and took group photographs with the actors, movie producers and the production crew before departing from the event. 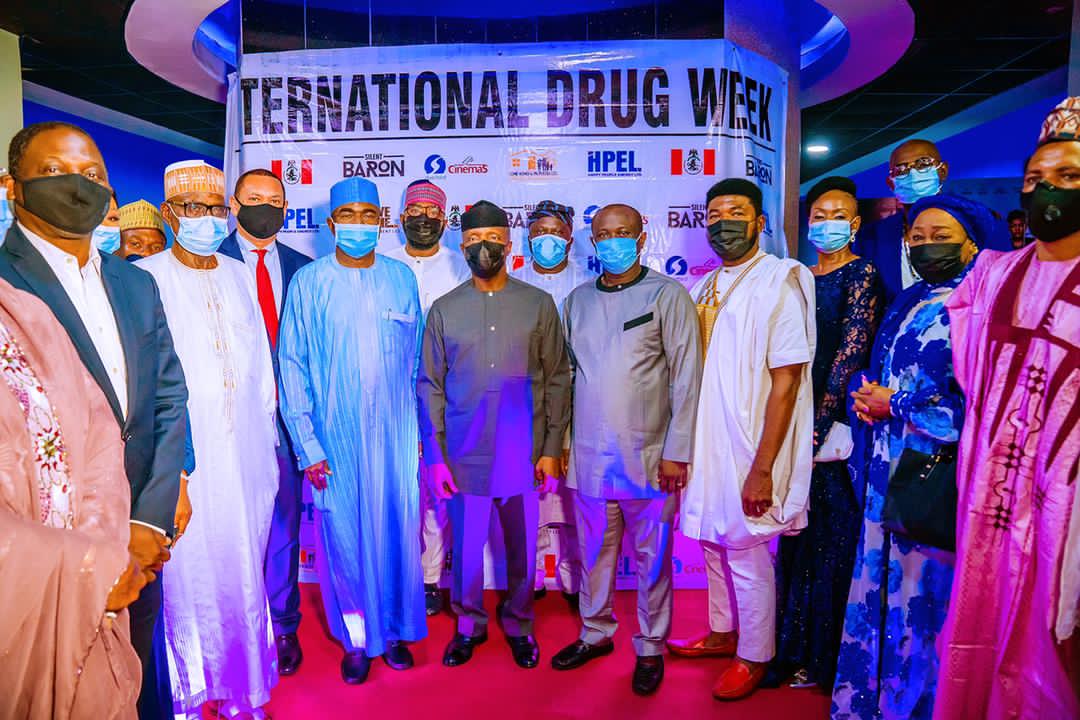 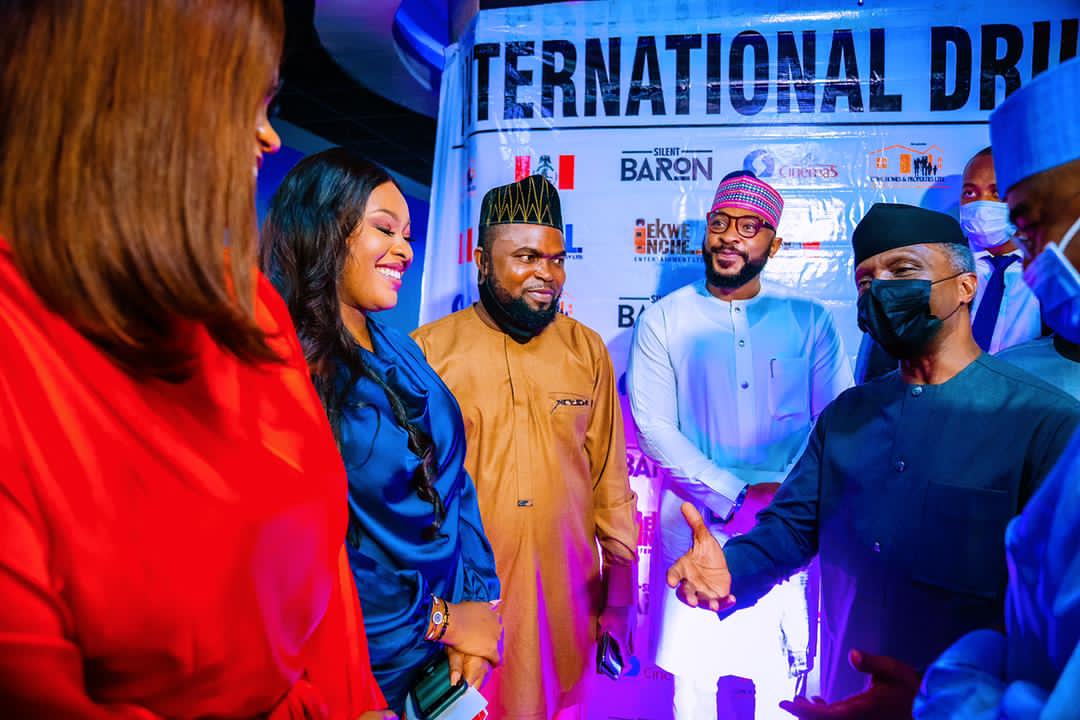 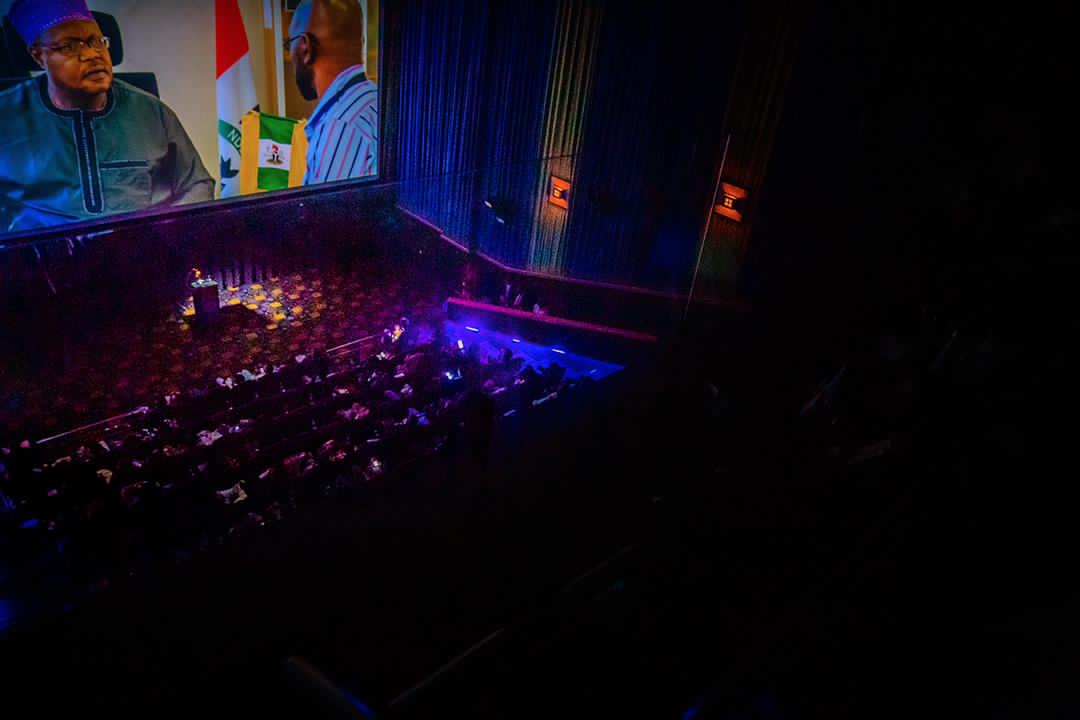 2019 Budget: PDP Asks Buhari To Apologize To Nigerians For Lying

Electric Cable Ignites Fire Under A Bridge In Lagos

Wow…. I don’t think any VP or President has ever done this…. Amazing!!!

Make he attend to Nigeria matter

Well, enjoy ya self

All the best to you guys