Train Rams Into A Loaded Trailer In Lagos 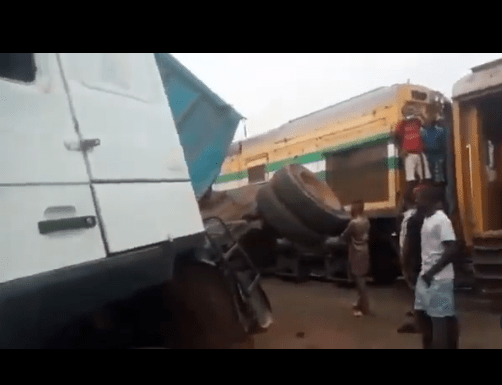 A train rammed into a loaded trailer on Monday morning, February, 15, along Fagba Railway in Lagos.

It was reported that the loaded trailer attempted to drive past the railway just as the train was approaching, but was unfortunately rammed into by the train conveying passengers to their respective destinations.

The video below shows the train and the loaded trailer stuck at the scene while some passengers can be heard blaming the driver of the trailer for reckless driving.

It is unclear if there are any casualties from the accident.