A UK-based Nigerian lecturer, Ogbeni Dipo, has taken to Twitter to complain bitterly about the educational system in Nigeria as he shared the story of a lady who is currently facing trouble with them.

According to Ogbeni Dipo, a university in Nigeria asked a lady to come and rewrite some exams four years after graduating from school and also collecting her certificate and statement of result .

The lady had applied for her transcript to study abroad and she was told that she failed some courses and she needs to retake them.

There is no doubt that many things are wrong with the system in Nigeria and people appear to be losing hope of a brighter future seeing as things still look bleak.

One of the sectors that are facing a big problem is the educational system in Nigeria.

Many students have been frustrated by the system that they resorted to dropping out or at the worst case, ending their lives.

Ogbeni Dipo wrote: “Nigerian Universities are at it again. Just spoke to someone who finished her MSc in 2016, collected Statement of Result in 2018 and Certificate in 2019. Now she’s applying for transcript to study abroad but has been told she failed some courses and need to come retake them.” 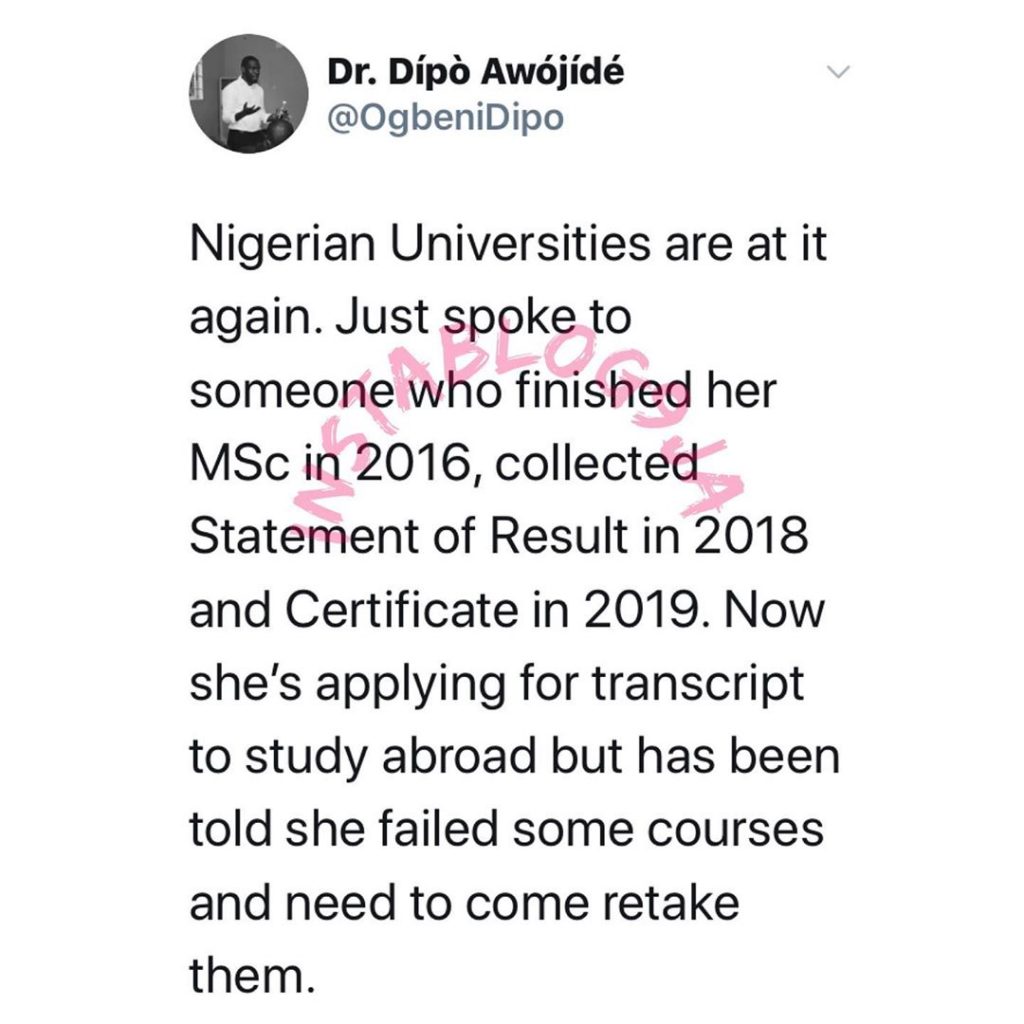