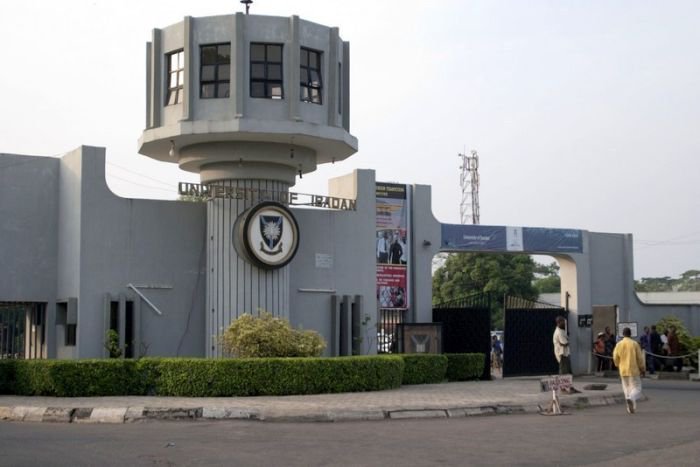 As the controversy over the wearing of Hijab continues between some Muslim parents and the management of the school, the latter has suspended a female Muslim student, Miss Ikhlass Olasubomi Badiru who allegedly flouted the rules and regulations of the school by wearing Hijab on her school uniform.

Though she reportedly wore the Hijab in July this year, her suspension was just effected after the disciplinary committee found her guilty of having contravened the dress code of the school.

According to a letter signed by the School Principal, Mrs Phebean Olowe, her two-week suspension takes effect from October 7 and ends on October 18, 2019.

Sequel to her suspension, the Muslim parents’ forum in the school through its Chairman, Alhaji Abdur-Rahman Balogun and Secretary, Hajia Bilkis Badiru, have petitioned the National Human Rights Commission (NHRC) and the Director-General of the Department of State Services to investigate the matter.

In the suspension letter given to the student, the disciplinary committee of the school stated that it found her guilty of an act of impudence to the school authority.

The letter read, “At the meeting of the Students Disciplinary Committee (SDC) looking into students’ misconduct held on Wednesday 28th August 2019, you were found guilty of an act of impudence to the school authority.

“Your action contravenes the school’s rules and regulations. Therefore, you are to serve two weeks full-suspension effective from 7-18 October 2019.

“Also, you and your parents shall be expected to report to the counsellor on October 21, 2019, to present a written undertaking to the school to obey rules and regulations throughout your remaining days on the school.” 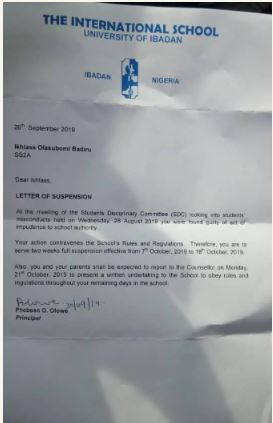