“We’ve Not Released Any Result” – JAMB 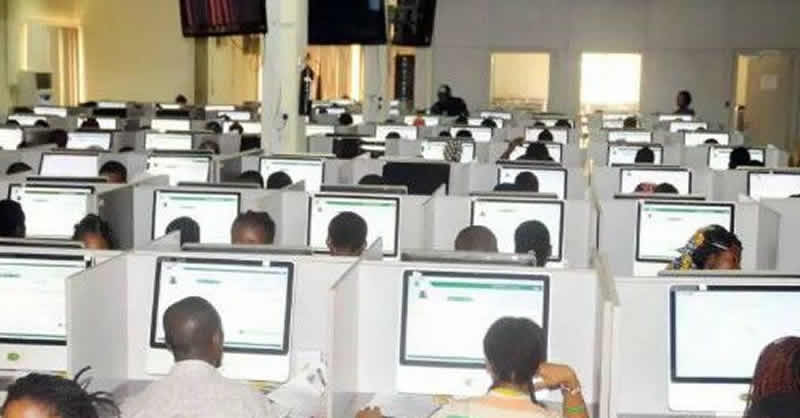 The Joint Admissions and Matriculation Board (JAMB)  said it has not released any result relating to the ongoing  Unified Tertiary Matriculation Examination.

It said this was because the Board was still screening the results due to certain issues surrounding the examination.

The exam body said that, so far, over 1.2 million candidates have written the 2019 UTME.

It also said it would ensure the smooth and successful conduct of the examination.

The Board’s Head of Media and Publicity, Dr. Fabian Benjamin, disclosed this to the News Agency of Nigeria on Tuesday in Bwari.

He said that as of April 13, over 1.2 million have successfully written the examination scheduled to end April 17.

NAN reports that over 1.8 million candidates are expected to sit for the Board’s UTME that commenced nationwide on April 11.

Dr. Benjamin Fabian said the process of the examination has so far been successful, adding that the Board was addressing some of the challenges that came up during the exercise.

He also said that the Board was still investigating those who were unable to be verified through its biometric process and would come out with a stand on the matter.

Speaking also on the issue of results, Benjamin said that no result has been released yet.

He explained that the Board was still screening the results as the examination is still ongoing and also because more fraudulent activities are being identified in the process.

He said: “We have to keep screening these results because there are lots of issues we discovered, such as multiple registrations, impersonation and the likes. So, we are still fishing them out.

“We Don't Forsee Any Extension In Registration Beyond February 21” - JAMB

“Some have been arrested and those yet to be arrested, we have their records. We will fish them out.

“However, candidates should expect their results very soon.”

He added that the Board’s suspension of some Computer Based Test centres nationwide has not affected the candidates.

Dr Benjamin Fabian explained that adequate examination centres were provided to all who registered for the examination.

The Board, in its weekly Bulletin of the Office of the Registrar for April 15, said that it uncovered and arrested ‘professional examination writers’ who write examinations for candidates for a fee

According to the bulletin, 50 of such fraudulent persons were apprehended in centres across the country as a result of various intelligence gathering.

The bulletin also said that the Board suspended 49 CBT centres from participating in the ongoing exercise.

The suspended centres, which are spread across the country, were suspended for failing to live up to expectations in ensuring a seamless examination.

Ten of the centres are located in the FCT, bulletin revealed.(NAN)