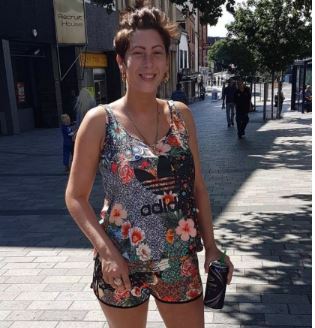 A woman who tasered a man for “looking at her breasts” has been jailed.

Hollie Baker, 29, claimed Lee Pearson made her feel “uncomfortable” by standing “too close” as they chatted on a street.

She told a court: “I asked him to move back many times. He was looking at my breasts quite a lot. I jabbed him in the side and said, ‘Get away from me’.”

Baker, who had known Lee, 42, for a year, then tasered him in his back.

Baker, of Maidstone, Kent, England said she had bought one for her own protection.

Lee, who has Asperger’s syndrome, told Maidstone crown court
he hadn’t been staring at her chest.

He said of the Taser: “She thought it was funny. It was like being stabbed — it was horrifying.”

The prosecution said Baker had a “new toy” and wanted to test
it out on someone.

Baker admitted May’s assault and possession of the device and
got 16 months’ jail.

Thief Who Jumped Inside Lagos Lagoon Gets Rescued After Stealing

“Our Signatures Were Forged” – Ondo Lawmakers