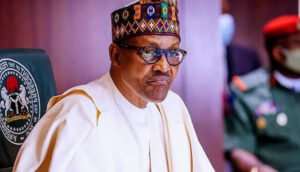 The University of Ibadan chapter of the Academic Staff Union of Universities, and a former Vice-President, Atiku Abubakar, on Friday, lamented the plight of Nigerian workers, saying their conditions had worsened under the regime of the President, Major General Muhammadu Buhari

ASUU said corruption and insecurity were the trademarks of the Buhari.

The ASUU Chairman, UI, Prof Ayoola Akinwole, in a statement to mark the International Workers’ Day on

Saturday (today), said the workers’ conditions had worsened under Buhari.

The real enemy of Nigerian workers’ urged all workers to rise in defence of the dignity of labour and “resist the flagrant disregard for human rights and the rule of law in the country.”

The statement further read, “The government of the day has continued to turn a deaf ear to the agitations of labour unions and cries of the masses.

“They often request patience and understanding. Yet, impunity, financial impropriety and corruption have become the trademark of this Buhari-led administration.

“The Nigerian government continues to pass the burden of hardship and misery to Nigerian workers and the masses.The abductions and killings of students at all levels have become embarrassing to the country. Human beings are now a commodity of trade in Nigeria. This portends nothing but doom for the future of Nigeria.”Akinwole said despite the “terrible” conditions, thegovernment continued to label constructive and objective criticisms as “hate speech” when the citizens speak truth top power.

On his part, Atiku decried what he referred to as the persistent and frightening economic decimation of the living standard of Nigerian workers.

He expressed displeasure with the growing rate of inflation which he said had pushed many workers into poverty.

In his May Day message titled ‘Atiku bemoans economic decimation of workers,’ signed by his media adviser, Paul Ibe, the ex-VP said, “The Nigerian workers have never had it so bad.

The impacts of the lockdown and worsening inflation have taken their heaviest toll on the working class. The situation is so bad that they are now living from hand to mouth.”

Atiku further called for a reduction in the cost of governance to improve the lot of workers.

Meanwhile, the Senate President, Ahmad Lawan, and the Ekiti State Governor Kayode Fayemi, on Friday, sought improved welfare for workers across the country.

They stated this in separate messages to commemorate the International Workers’ Day, also known as Labour Day or May Day.

Lawan, in a statement by his media aide, Ola Awoniyi, said Nigerian workers across the generations had continued to drive economic productivity, nation-building and democratic governance.

He said, “The Nigerian labour movement has a proud heritage beginning from the heroic contributions of its founding fathers like Pa Micheal Imodu and his contemporaries in the struggle for the independence of Nigeria and emancipation of workers and the masses.

“I commend their patience, understanding and also their resilience in the face of the current challenges that our nation is facing.

support for every effort to tackle their challenges and improve the work environment.”

In his message, Fayemi assured workers in the state of his administration’s resolve to continue to accord their welfare a priority, despite the effects of the COVID-19 pandemic on the state’s accruals from the Federation Account and internally Generated Revenue.

The governor, who lauded the workers’ contribution to the social and economic development of the state, said they had demonstrated brilliance and commitment in the iplementation of his administration’s five-pillar development agenda.