Emerging singer, Omoniyi Temidayo, aka Zlatan Ibile promise to put a smile on the face of an upcoming artiste that wrote him a line from his old songs.

Zlatan Ibile who initiates the challenge, posted a picture of himself on Instagram asking his followers to Relate one of his music line to the picture!!

While most of his new age fans pasted lines from his new songs, one fan with identity @sainthaywhy pasted a line from his old songs when he had few people enjoying the vibe of his music.

The Zanku crooner’s attention picked the comment and it appears he will be making the fan smile this new year….

See their conversation below; 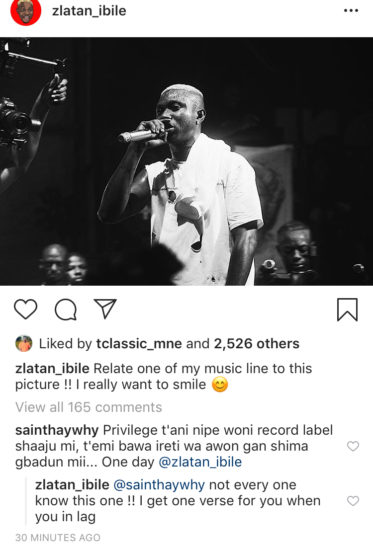